White Sage smudging-the burning of sage- has become a staple in my spiritual practice. I was first introduced to the practice of smudging during a home and energy cleanse by my Yayi (traditional healer). I knew myself to be an empathetic or highly sensitive person, yet did not have the full understanding that I was attracting other people and my surrounding environment’s energy. Unbeknownst to me, I was holding on to other people’s negativity and toxicity and bringing them into my new home. There were times when I would feel sad, troubled, or down right negative and not know why until my Yayi suggested I start  energy cleanses. I am a Virgo South Node, so I am a natural skeptic of many things, however, I trusted my Yayi’s suggestion and decided to learn more about the practice and alleged benefits.

Despite being lauded and consistently practiced by indigenous cultures for thousands of years, smudging has been met by mixed reception within modern society. Native Americans, as well as diverse Asian cultures, believed (and continue to believe) that the smoke from sage and other herbs is capable of cleaning “negative energy,” whether it’s occupying a space or being carried by a person.

At first glance, this may sound like nothing more than a “woo-woo” concept, but it shouldn’t be dismissed too quickly. In this post I am sharing what I learned of smudging and how it has benefited me in my practice.

Ions are all around you right now and, whether you are aware of them or not, there is a good chance they are affecting the way you feel and quite possibly your health as well.

So what is an ion? An ion is a molecule that has lost or gained an electron through various atmospheric forces or environmental influences.

There are both positive and negative ions but, as we shall see, the definitions of ‘positive’ and ‘negative’ are misleading in terms of their health effects.

A simple definition of a positive ion is an electrically charged atom, or group of atoms, formed by the loss of one or more electrons. The number of protons does not change but the reduction in electrons gives the atom a positive charge.

Positive ions in the air are usually carbon dioxide molecules that have been stripped of an electron. Also known as positively charged ions or cations, they have been demonstrated to have a negative effect on your body when you are exposed to them in excess.

This is particularly the case with your lungs and respiratory tract but your immune system can also be affected. This is because positive ions are so small they are absorbed directly into your bloodstream from the air you breathe.

What Are Negative Ions?

The definition of a negative ion is an electrically charged atom, or cluster of atoms, formed by gaining one or more electrons. The number of protons in the atom does not change but the extra electrons gives it a negative charge.

Negatively charged ions, also known scientifically as anions, are the opposite of positive ions and they have directly the opposite effect on your health, mood and energy levels when you are exposed to them.

Negative ions in the air have a strong negative charge. Due to this nature, they are statically attracted to airborne particles like dust, mold spores, pet dander and other floating pollutants and potential allergens.

By attaching to these pollutants and allergens they give them a negative charge and, rather than drifting in the air, they are grounded and fall to the floor or nearest surface.

Even bacteria and viruses circling in the air of your home can be cleared by negatively charged ions attaching to them and removing them from the air your breathe.

Medical and scientific researchers do not use terms like “negative energy”, however, they are confirming the cleansing properties of smudging. A study published in the Journal of Ethnopharmacology demonstrated that the smoke from burning sage -what the authors of the study call “medicinal smoke”- is able “to completely eliminate diverse plant and human pathogenic bacteria of the air within confined space.”[1]

From a scientific perspective, medicinal smoke is believed to release negative ions which bind to positively ionized particles like bacteria, viruses, mold spores, pet dander and other allergens, dust, and other hazardous particulates.  I would like to add here that indigenous cultures attempt to explain this negative ion phenomena through non-physical explanations that appeals to spiritual mythologies. I love myths and story-telling that can be tied or expounded upon by the facts of science.

The Scientific and Alchemical Benefit of Smudging

Kills Bacteria and Germs. The same study quoted above discusses the remarkable ability of sage as a tool for clearing bacteria and other pathogens from the respiratory tract and skin as a pulmonary and dermatological antimicrobial agent. For this reason, I smudge as a way to clear pathogens from the air in my home and surroundings.

Natural antidepressant. The negative ions present in medicinal smoke has another fascinating benefit: it balances mood and dispels depression (as well or better than pharmaceutical antidepressants, according to some data).[2]

A research engineer named Dr. Clarence Hansell first stumbled upon the benefits of negative ions in the 1930s. The negative-ion-charged air that some of his equipment produced led to such a dramatic mood boost in his coworkers that he decided to investigate further. A study in 1976 demonstrated that negative ions can balance levels of serotonin, which we now know has at least an indirect effect on the maintenance of mood and energy levels. The study cited above followed in the 1990s, and now negative ion therapy is finally gaining traction as a treatment modality for depression.

Improved sleep and performance. Due to its ability to modulate serotonin, the negative air ions (NAI) in smudging smoke provide a range of other benefits, as well. In 2013, a team of Italian researchers sought to delve deeper into the positive effects of NAI. Their analysis confirmed that NAI treatment works on par with antidepressants for mood disorders, and also observed that negative ions balance sleep patterns, promote restfulness, and improve physical performance.[3]

How do you cleanse your house with white sage?

I prefer to cleanse my home weekly on Sundays, which is also the day associated to Archangel Michael. I begin the day by cleaning the interior of my home. Upon completing the physical cleaning and organization of my home, I welcome Archangel Micheal and his healing and protective energy into my home, as well as a sense of gratitude for all that I have and soon to gain. I then proceed to burn the sage leaves, giving thanks to the leaves for her healing properties, to me, this act of gratitude is received by the spirit of the white sage as she discharges its energy of clearing and protection in the air around me and onto the items I intend to clear or cleanse.

As the smoke transfers through the area or over an item, the smoke joins itself to any thick, negative energy that is inside the object, space or being. When the smoke is cleared, the spirit of this plant transports the negative energy back to the spiritual light, and leaves my space or the items cleared.

Immediately after clearing, I welcome the energy or frequency of Love, Discernment, Abundance, Joy, and whatever high vibration energy  to fill the spaces that were cleared. For me, this is the alchemical process of transferring a negative into neutral to a positive.

P.S. White sage is wonderful, but it’s not the only option when it 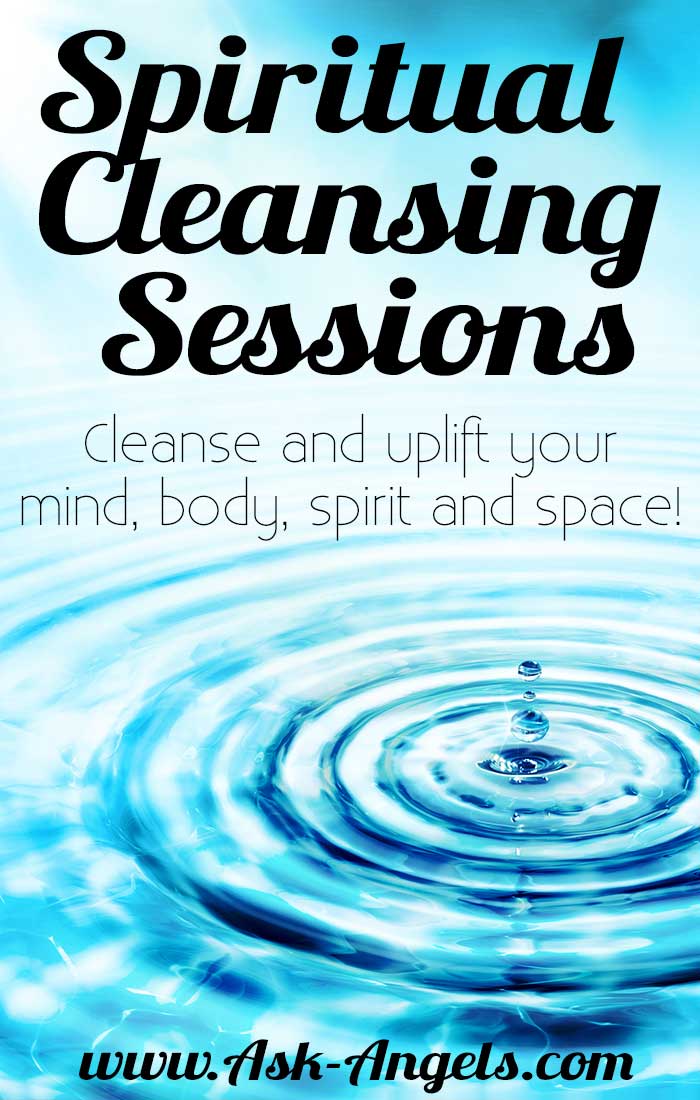 comes to smudging and energetically clearing your home! Cedar, wild sage, palo santo-another staple of mine-, juniper, sandalwood, and others are wonderful choices to cleanse, purify and raise the vibration of your home, objects, or even yourself!

Or if you don’t enjoy the smoke from sage smudging… Essential Oils are a wonderful way to cleanse and uplift the energy of your home as well!